And just like that, you now have an Expo + Next.js app styled with Tailwind CSS.

You can see the monorepo and what comes installed here.

Rather than using the CLI, you can click this button to clone the repo and deploy it to Vercel:

This monorepo is a starter for an Expo + Next.js app using NativeWind for its styling & Solito for navigation.

Open packages/app/design/tailwind/theme.js to edit your theme on both Web & Native.

Fast on every platform​

NativeWind lets you use Tailwind CSS while minimizing runtime work on every platform.

Most approaches to using Tailwind in React Native do something like this at runtime:

This means that every component ends up parsing strings to construct predictable style objects.

NativeWind takes a new approach by turning className strings into StyleSheet.create objects at build time with a Babel plugin.

With all that said, the Babel plugin will get used on iOS/Android only...

We aren't parsing className strings into objects for React Native Web to use. Instead, we're actually forwarding CSS classnames to the DOM. That means you can get responsive styles, dark mode support, & pseudo-selectors with server-side rendering support.

Until recently, this was a pipedream with React Native, but with the release of React Native Web 0.18, it's finally possible.

As a result, using NativeWind with React Native Web doesn't have significant overhead compared to plain old Tailwind CSS in a React website.

If you're planning on making a website with Tailwind, why not use Solito with NativeWind?

You might accidentally make a great native app along the way.

In your app's design system, you can start by building your own UI primitives:

Notice that you can set base styles using the second argument of styled.

You can then use the className prop, just like regular Tailwind CSS:

Take a look at the packages/app/design folder to see how components are created with ease.

If you're reading the NativeWind docs, you might find that you can use className directly without using styled. Since this requires the Babel plugin for all platforms, it won't work with Solito. Be sure to always wrap your components with styled.

You can add other folders inside of packages/ if you know what you're doing and have a good reason to.

If you're installing a JavaScript-only dependency that will be used across platforms, install it in packages/app:

If you're installing a library with any native code, you must install it in apps/expo:

You can also install the native library inside of packages/app if you want to get autoimport for that package inside of the app folder. However, you need to be careful and install the exact same version in both packages. If the versions mismatch at all, you'll potentially get terrible bugs. This is a classic monorepo issue. I use lerna-update-wizard to help with this (you don't need to use Lerna to use that lib).

See my talk about this topic at Next.js Conf 2021: 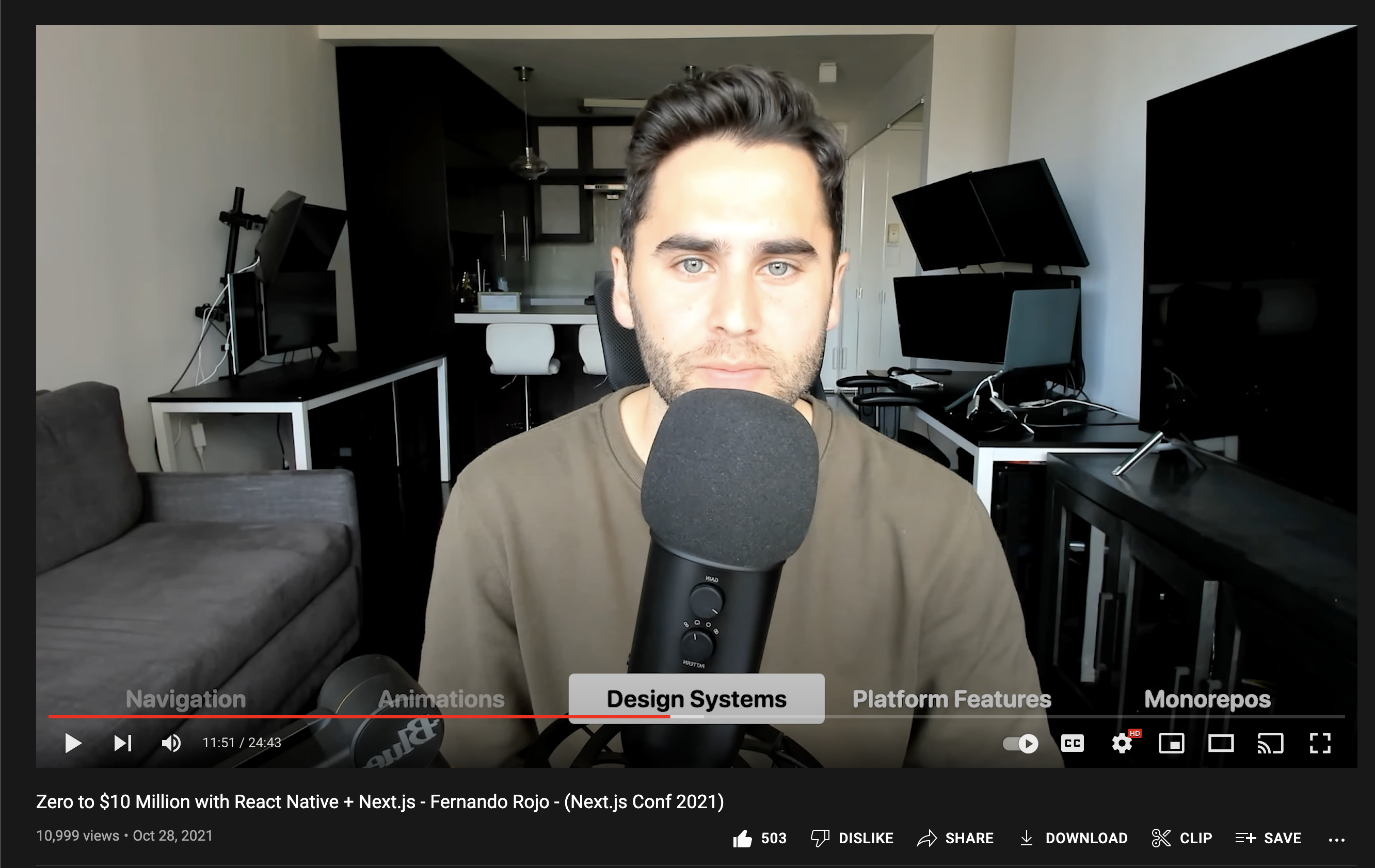